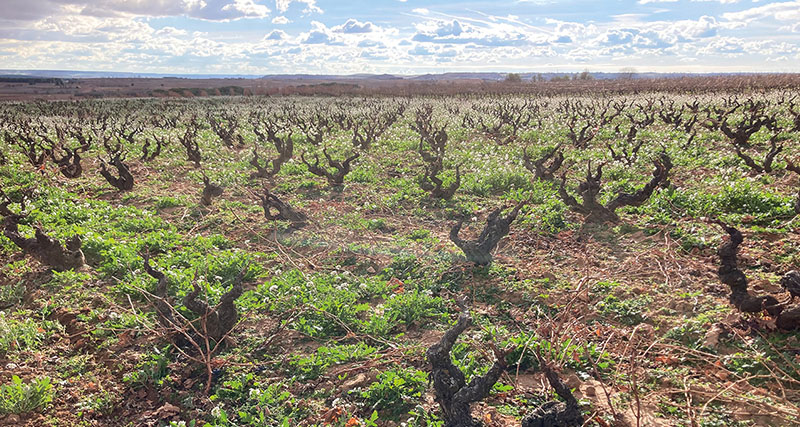 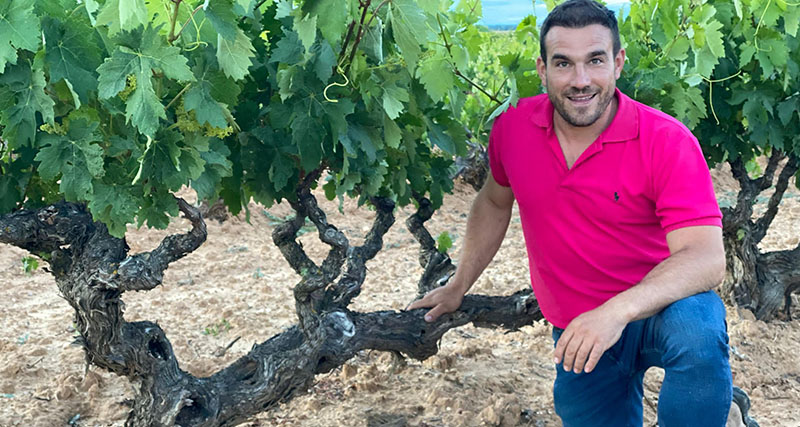 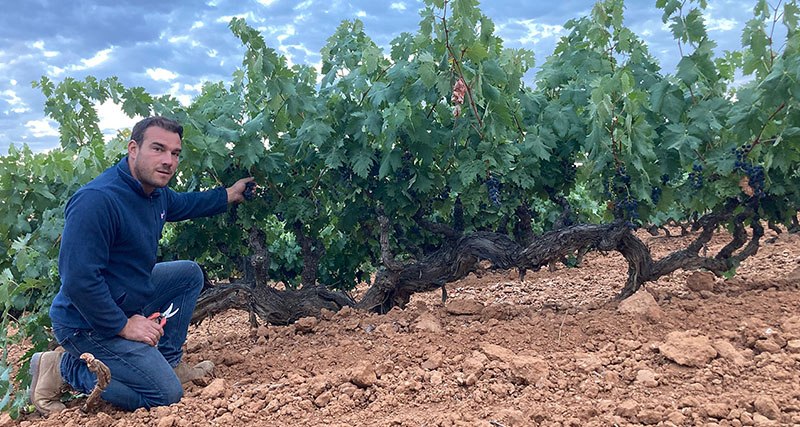 Francisco Barona is considered by many to be the most promising and talented young winemaker in Ribera del Duero. At only 37 years of age (as of 2022), one could asume that his 45 Ha. of spectacular old field blend vineyards in Roa, Anguix, and La Aguilera were the result of some inheritance of stroke of luck. But Barona’s rise to prominence was hardly easy or the result of luck.

Born in 1985 to a poor family of viticulturists in Roa, Francisco was driving tractors and helping his father in the vineyards by the age of 12. A weak student, Francisco finished the Spanish equivalent of high school at 18 with weak marks and no prospects to attend University. However, having a large network of winemakers and viticulturists in Ribera given his family’s history selling grapes to famous estate, the technical director of Alonso del Yerro (now at Vega Sicilia) put Francisco in contact with Pavie-Macquin, who offered Barona a job as a low level vineyard hand. Francisco didn’t even know where St. Emilion was.

Having arrived in Bordeaux, Pavie-Macquin was floored by Barona’s work ethic, and offered the young man a full time position at the winery, insisting on paying for his BTS VO winemaking certificate. After three years in the program, Francisco finished 2nd in his program, landing him a spot in the University of Bordeaux Viticulture & Enology program. Francisco finished top of his class. Following graduation Francisco worked at Malescot St-Exupery, Angelus, and Hartwell Estate in Napa, finishing up at Klein Constantia in South Africa.

After South Africa, Francisco returned home in 2009, and took a job as winemaker at a prestigious local winery and immediately began snatching up tiny parcels of old abandoned vineyards. He acquired 4.5Ha in Roa, Anguix, and La Aguilera and began coaxing them back to life. It took five years to yield a productive harvest. In 2013, in a stroke of luck, Barona was contacted by a family that was selling 10Ha. of old vines. Francisco couldn’t afford the asking price of €400,000, so took a risk by going into debt to buy the vineyards. After fighting to keep the company out of the red, Francisco finally established himself in the domestic Spanish market. His wines can now be found in many of the most prestigious restaurants in Spain, and his considered by many to be the finest young winemaker in Ribera del Duero.

Ribera’s fame and fortune was the result of the pioneering work of Vega Sicilia, Pesquera in the late 20th century, and a small group of wineries that began producing high quality Tinto Fino based wines from old vineyards planted at high altitudes. Unfortunately, success for many of these producers was followed by a trend of commercialization, and many of the estates that made Ribera famous uprooted old vineyards, and moved to plant higher yielding clones of Tempranillo on the valley floor, producing wines that in many cases were flabby, overoaked, and lacking the structure and character that made their wines famous originally.

Francisco is one of a small group of pioneering young winemakers who in the last several years have begun a trend back toward what made Ribera famous originally – authentic wines made from very old, high altitude vineyard sites of old massal selections of Tinto Fino.