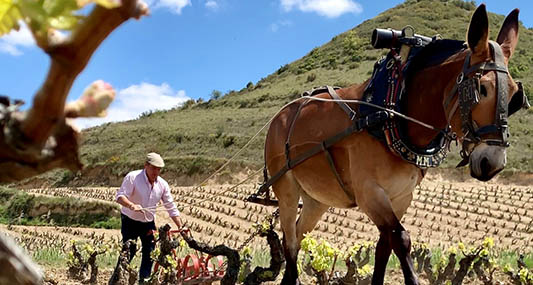 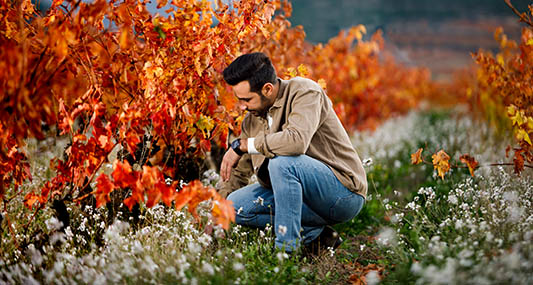 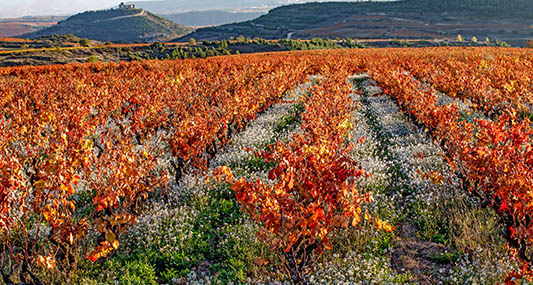 A joint project of Eduardo Eguren and his wife Carlota Gonzales, Cuentaviñas wines are skillfully crafted from three parcels located within D.O.Ca Rioja. The three wines produced are each from different vineyards located around the town of San Vicente de la Sonsierra where Eduardo had grown up.

The oldest of the vineyards is - El Tiznado planted around 1923. The vines for this wine are exposed the south west in shallow sandy soil formed from calcareous sandstone. Los Yelsones, the second wine - is from the La Raz vineyards planted in 1970 with a south-eastern exposure were planted in a mix of post-glacial sediment (known as moraines) and igneous matter. Alomado, the third wine is a blend on Tempranillo, Viura and Malvasia planted around 1960 in high density, on mountainous slopes wit ha south-western exposure. The soil in this parcel contain alluvial sedimentation with boulders and quartzite rock, over a deeper subsoil of mostly clay.