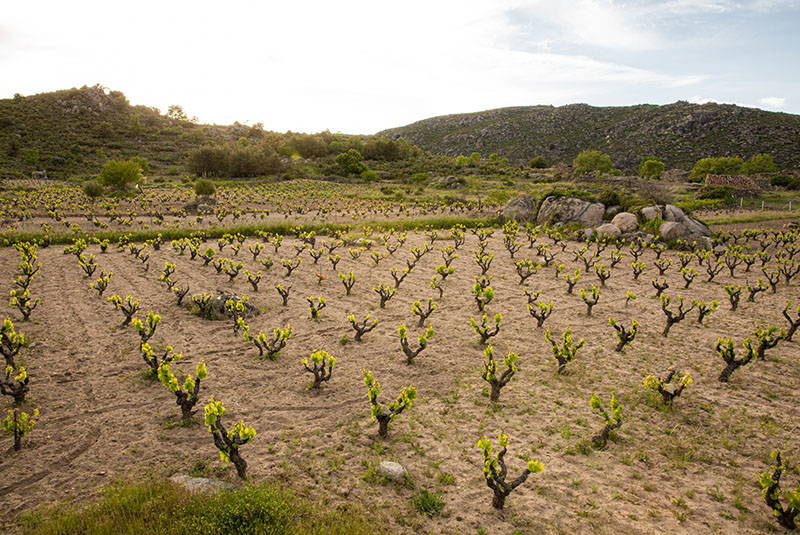 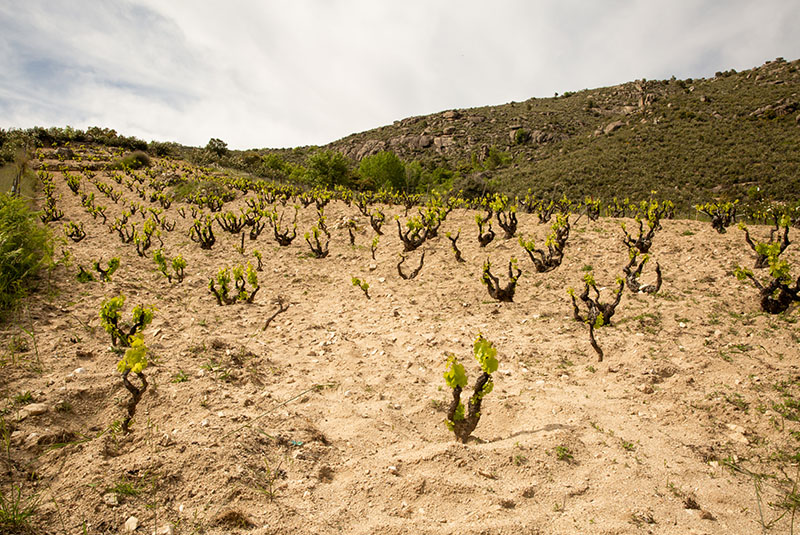 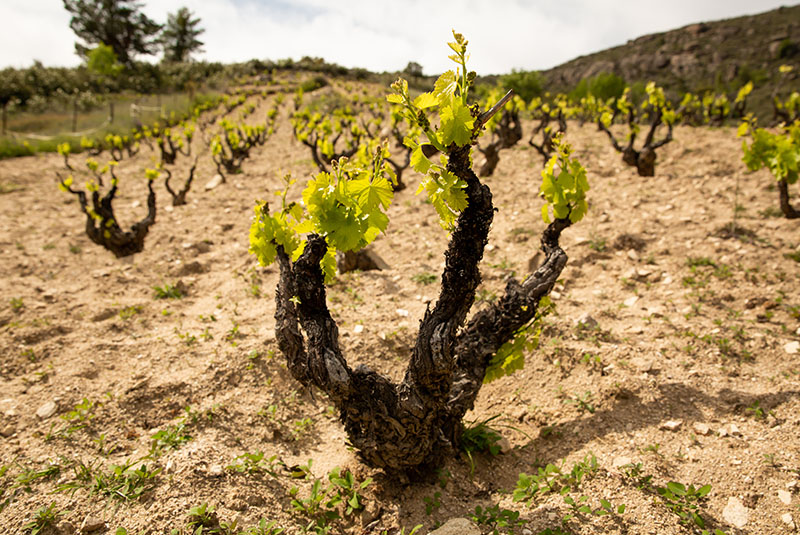 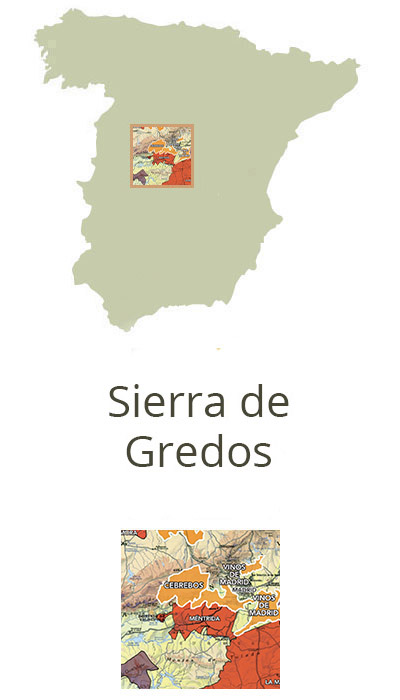 Navatalgordo, Villanueva de Avila, and Burgohondo, in the heart of the Sierra de Gredos, in the Valley of the Alto Alberche, in the province of Avila.

Primarily Garnacha Tinta, in some of the vineyards there is a small percentage of Albillo Real blended into the plantings

Proprietary estate owned mountain vineyards divided into many microparcels averaging 0.15 Ha per plot. Given the mountain terrain, there is a large diversity of orientations, soil depths, and soil types.

Traditional dry-farmed, organic, manual viticulture. The vines are head-trained and the vineyards are plowed by horse.

Primarily granitic sandy soils resulting of the decomposition of the granite mother rock. In some of the parcels there is are veins of lime in the subsoil.

The Sierra de Gredos is one characterized by a high altitude mountain continental climate. From October to May Atlantic weather systems result in periods of high wind and precipitation, and as is characteristic during the summer across Spain, temperatures

After a rigorous selection of the clusters, 20-30% of the clusters are destemmed but not crushed and pumped to the base of 3,300L and 1,000L stainless steel and 3,500L concrete vats. The rest of the whole clusters are deposited into the tanks. The fermentation begins spontaneously after a 4-5 day pre-fermentative maceration at low temperatures. Gentle extractions are carried out by gravity. After fermentation the wine undergoes a gentle press in a vertical basket press.

Malolactic fermentation and ageing are carried out for 14 months, 30% in concrete tanks, 40% in traditional earthenware vats, and 30% in neutral 500L French oak puncheons.

The Alto Horizonte project is based in the villages of Navatalgordo and Villanueva de Ávila, which are located in the province of Ávila, flanking the north and south banks of the Rio Alberche. The mountainous terrain creates one of the most unique and challenging geographies for cultivating vitis vinifera in all of Spain, which, combined with emigration from the region has resulted in a massive loss of old vineyards, and a total lack of new plantings. Given the variation in the terrain, it is impossible in the Sierra de Gredos to find extensive vineyard sites, resulting in a massive diversity of microparcels of old vines of Garnacha. This is one of the coolest and highest altitude appellations for the cultivation of Garnacha in Spain, and Aurelio and Micaela's goal is to contribute to the maintenance and celebration of these spectacular old vineyards of Garnacha, which form an important part of Spain's viticultural heritage.