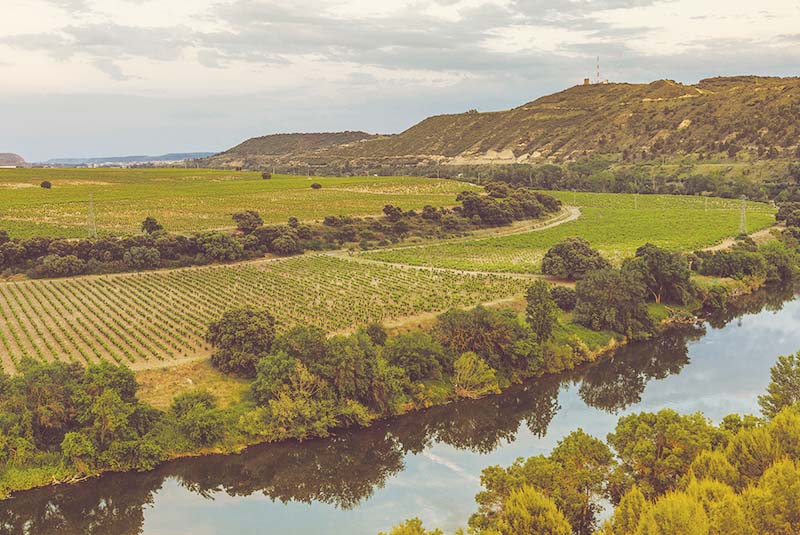 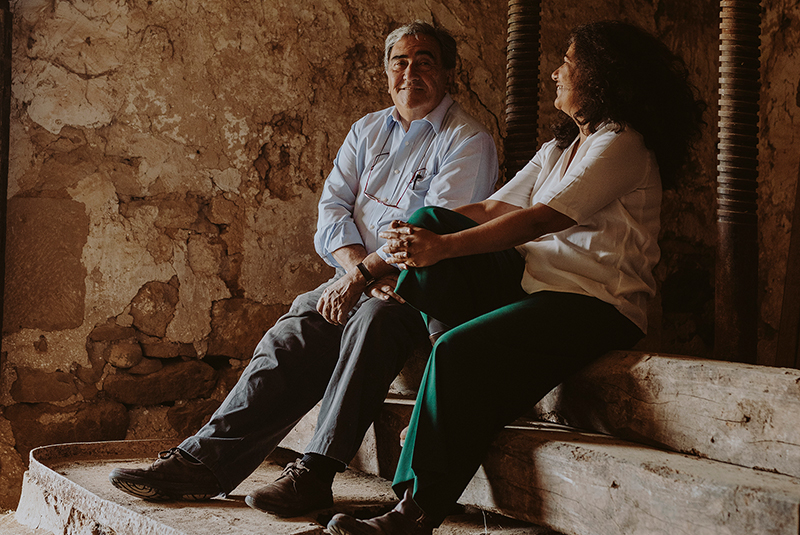 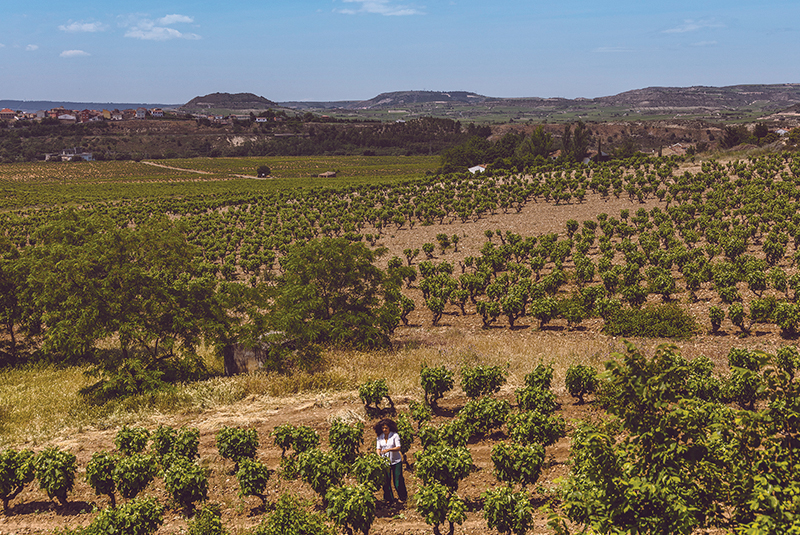 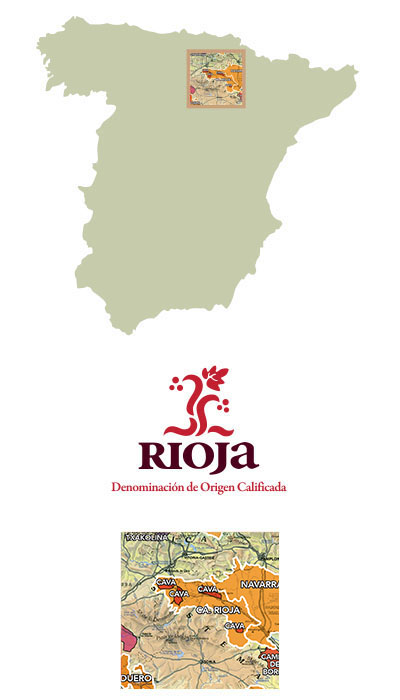 Laserna, a small village located on the Ebro River in the municipality of Laguardia, in the province of Álava. Rioja Alavesa sub-zone.

Finca San Rafael, owned and cultivated by the Villota family since the 1930’s. The vineyard is distributed on three terraces that slope gently towards the Ebro River. The Viña Gena Viñedo Singular is planted on the lower terrace, on the banks of the river.

The San Rafael estate is planted on primarily limestone rich clays with a high percentage of oxidized iron underneath a solid layer of canto rodado, or galets, on the surfance. The Viña Gena parcel is sandier in texture with a lower percentage of limestone, due to its proximity on the banks of the river. The family believes this soil make up results in a fresher, more elegant wine with finer tannins.

Continental Mediterranean, with a slight Atlantic influence which is moderated by the Sierra de Cantabria. Average annual temperature is 13.8 C (56.8 F) and annual rainfall is around 500 l/m2.

Rigorous double sorting at the winery (before and after destemming). 36 hour cold soak followed by spontaneous fermentation in stainless steel with temperature control, remontage, and delestage. Post-fermentative maceration lasts five days, and the wine is gently pressed off in a vertical basket press. MLF in primarily new French barrique with constant battonage.

18 months in primarily new French barrique with two passes through concrete tank throughout the ageing process.

Viñas del Lentisco – Villota is owned, operated, and founded by Carmen Pérez-Garrigues and her father Ricardo Pérez- Villota, the fourth and third generations of the Pérez-Villota family, a line of growers that have been rooted to the San Rafael estate in Laserna, Laguardia on a meander of the Ebro River since 1930. From the early 1940's through 1973, the Pérez-Villota family were CVNE's top grape supplier at Viña Real. In 1973, the Villota family cofounded Viñedos del Contino, Rioja's first single estate winery with José Ángel Madrazo and CVNE. The parternship lasted until 2013, when the Villota family broke off, taking the historic family estate with them, and founded their own winery under the Villota brand on this historic plot of land.