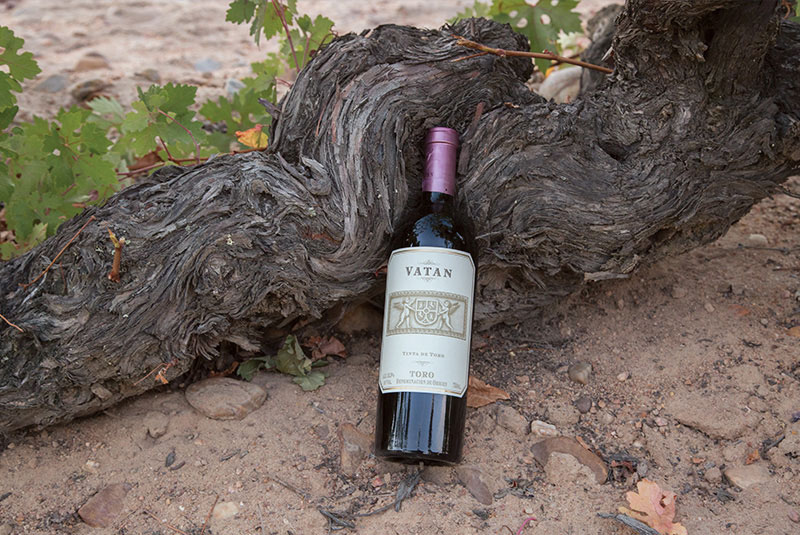 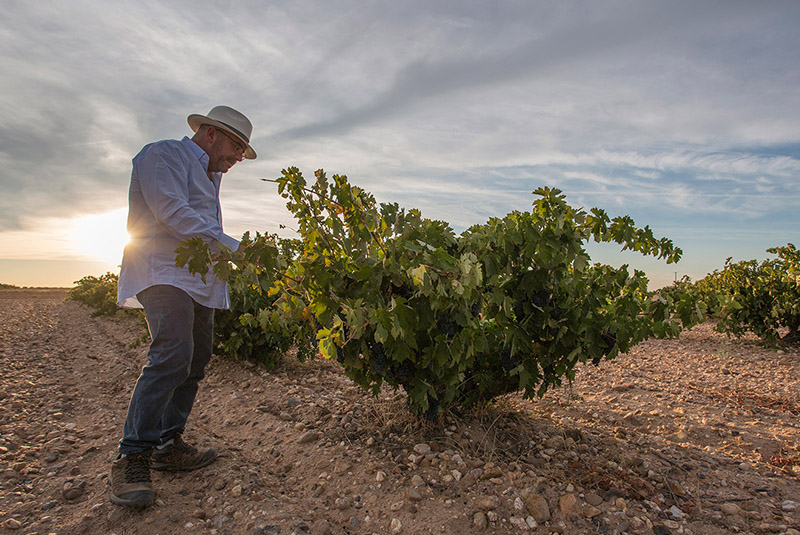 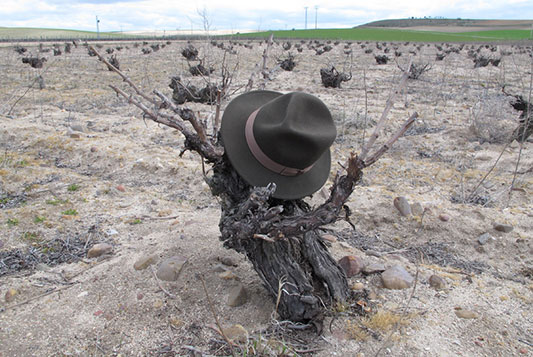 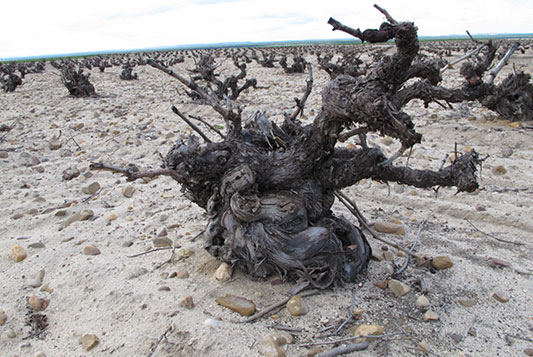 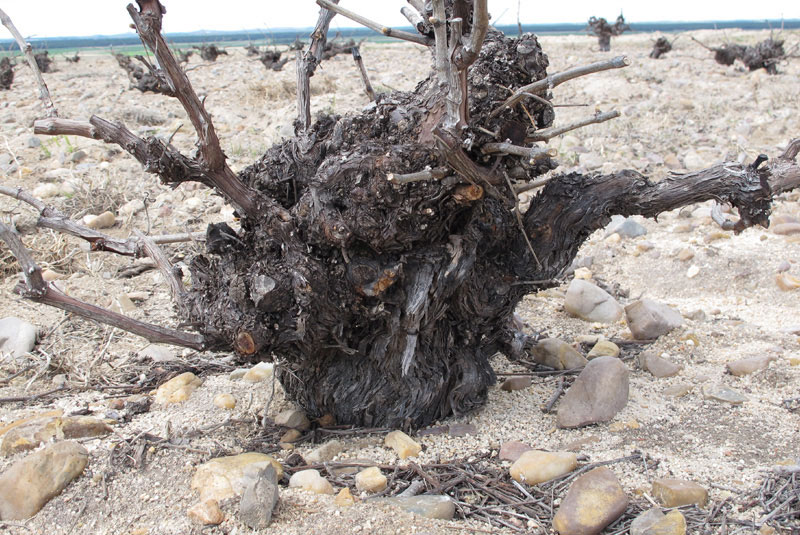 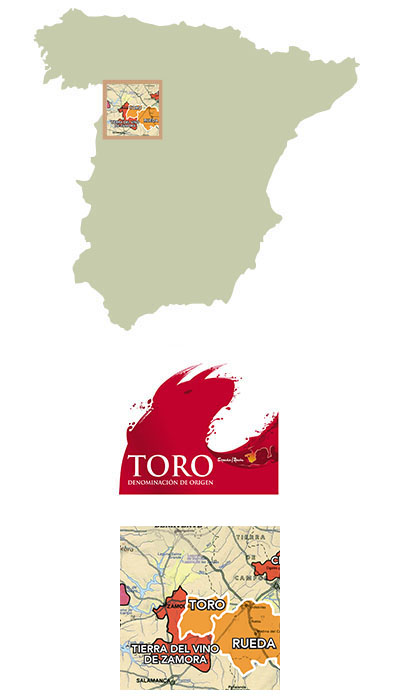 Planted in 1900 on original European rootstock

Drastic continental steppe climate, with drastic temperature swings between day and night. The climate is also very dry – annual rainfall levels reach 350 liters/m2, less than half of Rioja and much less than Ribera del Duero.

Rigorous sorting is followed by destemming without crushing. The whole berries are transferred to 3,000L open top stainless-steel temperature-controlled vats. Fermentation is started with a pied de cuve, and maceration lasts between six and eight days, no more. The wine is pressed in a vertical basket press for twelve hours and is transferred immediately to new barriques sourced from Bordeaux & Burgundy.

The primary fermentation finishes in barrique and malolactic starts spontaneously. The wine rests in barrel for 36 months and one year in bottle.

Vatan Arena is the pure representation of the oldest clone of Tempranillo in Spain, from some of the oldest ungrafted vines in the country, located in the only Spanish D.O. that completely resisted the phylloxera plague. During the Middle Ages, Toro was Spain’s most famous winemaking region. Mentioned in literature by Alfonso IX (King of León, 12th c.), Juan Ruiz the Archpriest of Hita, Quevedo, Luis de Góngora, and Miguel de Cervantes. In 14th Century Sevilla, the sale of any foreign wine was prohibited, save the wines of Toro. These wines accompanied Spanish explorers to the New World. D.O. Toro was rediscovered in the 1990s by the Numanthia project, masterminded by Jorge Ordóñez & the Eguren family of Rioja.